Agra is one of the most popular cities of the world as it is frequented by tourists from around the globe. After all, it houses one of the seven wonders of the world; the Taj Mahal. Alongside the popularity of the monument and famous sweet-dish Petha, Agra has a booming industry of royal crafts like pietra dura- marble inlay artwork and carpet designing.

On a mission of exploration, we travelled to Agra and saw different varieties of small scale industries which highly influences the markets. Agra is also very well known for its leather goods, handicrafts, zari and Zardozi (embroidery works), marble stone carving and inlay work. Being specific about the inlay work of Agra, also seen on the Taj Mahal, it’s the most glorious artform that the artisans of Agra inherited from the Persians. This craft flourished and reached its peak during the era of Mughals in medieval India and especially after the construction of Taj Mahal. This is a manual work involving the delicate process of cutting and engraving marble shapes. It is usually done on predefined patterns like floral design or geometrical design already engraved on the marble.

India is not rich in all types of marbles, but it takes the pride of owning assets of craftsmen carrying ages of experience in the stream of marble crafts and are noted for their excellent skills. The method of inlay used currently in Agra has not yet changed. It’s the same as the times of Mughals, but their patterns have evolved and have become more refined over the centuries.

Almost all of us have seen the Taj Mahal but a visit in Agra is incomplete without Agra fort. It’s also known as the Red fort of Agra. There are a number of exquisite buildings like Moti Masjid, Diwan-e-aam, Diwan-e-khas, Musamman Burj, Khaas Mahal and Sheesh Mahal. Agra fort is an excellent example of Mughal architecture and one of the few UNESCO world heritage sites in India.

Now, if we talk about the special sweet of the Agra you would certainly drool! Petha, a popular traditional sweet in Agra, is a translucent soft candy usually rectangular or cylindrical in shape, made from the ash gourd vegetable sweet in taste, which is crunchy and chewy at the same time. Initially, it was prepared only in the royal kitchens but later on, it became a common man’s delicacy. These days you can find many kinds of Pethas in the City of Agra ranging from paan to chocolate flavored too!

Concluding the Khoj of treasure the city of Agra, we would certainly urge you to visit Agra and experience the finest heritage, delicacies and the royalty of India.

I absolutely loved the pair. The team was kind enough to accommodate color customisation and early delivery. It's a statement piece and so so versatile. Definitely a show stealer. Thank you Khoj team :) 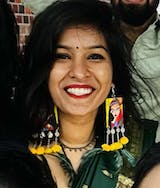 Absolutely loovee the product. So unique, so lightweight..don't overthink it, just go for it..💗

The jewelleries l bought was amazing, unique and very much pocket friendly. Really l appreciate the art work over ornaments done by the artist. They have quick delivery process with a very good tracking system.