A part of the ‘Golden Triangle’ and one of the famous tourist destinations, Jaipur is an eminent Arts and Cultural hub of India. The pink-red tinged buildings of the city are veiled under the resplendence of bedazzling Sarees, that are still a part of the daily attires of the locals.


Bandhani Sarees, also well known as ‘Sungudi’ have their earliest evidence dated back to the Indus Valley Civilization where dying was done as early as 4000 B.C. The highly skilled process involves dying a fabric which is tied tightly with a thread at several points, thus producing a variety of patterns like Chandrakala, Ekdali, Shikari, Mothra etc. depending on the manner in which the cloth is tied. The sarees are dyed mainly in vivid hues of natural primary shades of yellow, red, blue, green and black and are adorned with ‘moti’ i.e. pearls and other beads. A meter length of the cloth can have thousands of tiny knots known as ‘Bhendi’ in the local gujrati dialect, which are opened after dyeing in bright colours. The finished product goes by the names ‘Khombi’, ‘Ghar Chola’ and ‘Patori’. Leheria Sarees also bring a lot of fame to the state and are adorned by women mainly during festivities such as Teej and Diwali. They follow a similar Tie and Dye technique and have attained their name from the movement of waves that replicates their production process.


Sameem is an accomplished artist who specializes in the art of stitching ‘Odhanis’, ‘Saffas’ and ‘Bandhej Sarees’. She narrates to us, the story of the journey of a Bandhani Saree right from the struggle of putting the yarn into the needle to the gratification they gain while packing it for the customer. Another artisan who plays a crucial role in preserving this incandescent artistic jewel is Teeja Devi. She is the eldest member of the artistic community and has only recently joined this line of work. She reminiscences the time when she’d be debilitated by her daily wage work, until she found her true solace in preserving the legacy of Bandhani and Leheria Sarees. Teeja learnt the artform from her daughter and has now incorporated the entire family in the production process, including their youngest worker named Rani who’s now a part of this community at the tender age of ten years.


These six yards of textile epitomize not only the artistic expertise of the state but also the values of familial intimacy that it fosters amongst the workers.

THE MARVELS OF AGRA By Saqlain Akhtar

Life in the Land of Royals - Anmol Gaba

I love this earing 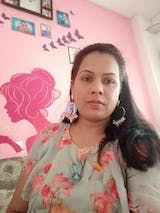 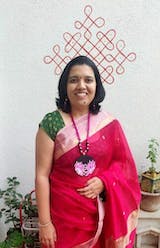